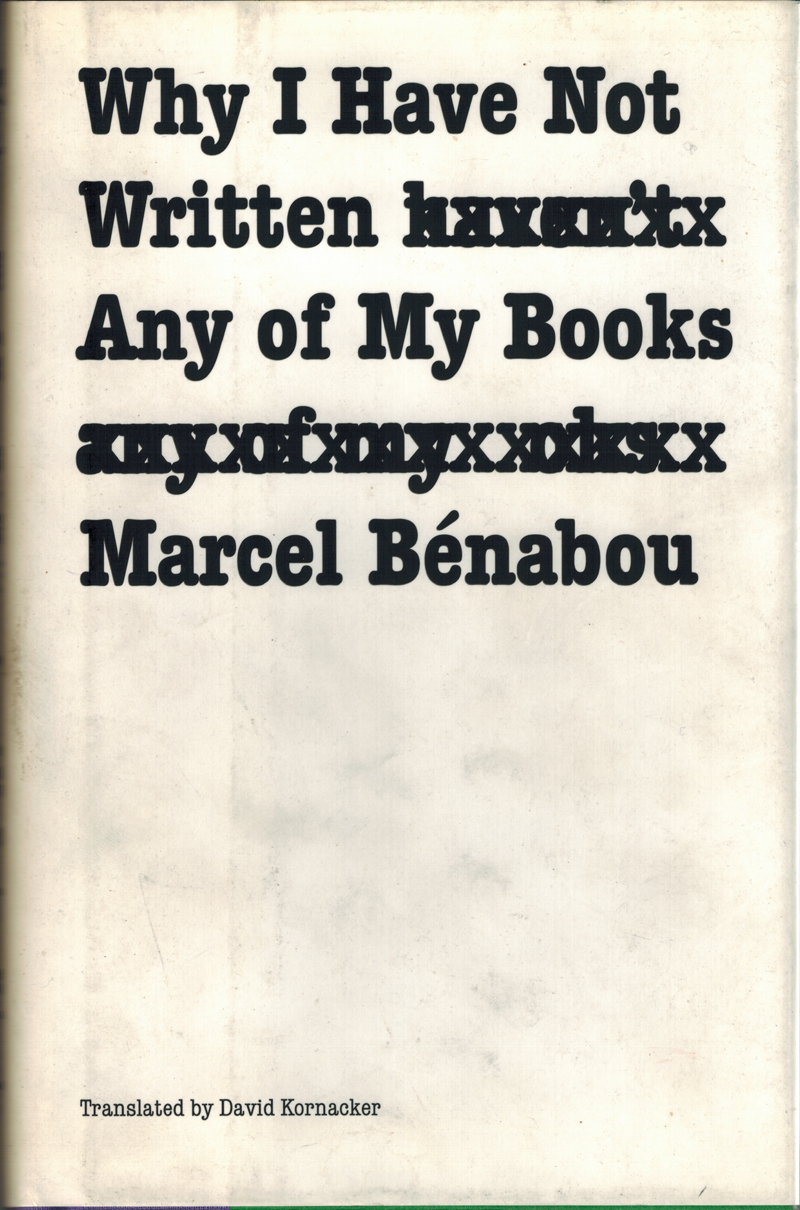 « I long believed that one was born a writer, that it was enough to allow to ripen within oneself for an appropriate number of years this precious seed, and that then one day the first book would appear, as had earlier, at the appointed hour, the first tooth » (p. 53).

« I was particularly stumped by what looked to me like a major obstacle: how literary activity — a debauch (or deceit) immodestly flaunted — can be amusing, indeed downright hilarious (for if you look carefully, what is writing other than drawing two letters and laughing?) on the one hand yet mournful on the other, for, far from acting as a rampart against the fear of death, it can give us only a most macabre reflection of life itself to the extent that, whether it shouts or kicks, whether it rasps or struggles, it is beholden to words, each of which bears death without seeming to » (p. 60).

« But I did not yet know that one gains the right to be multiple (and other) only if one has shown oneself through a work to be capable of transcending that multiplicity (and that otherness) » (p. 64).

« As a child, at the age when others promise to be Chateaubriand or nothing, I had written that I would be myself or nothing. I had certainly not foreseen that one day I would find myself in the position of being both myself and nothing » (p. 65).