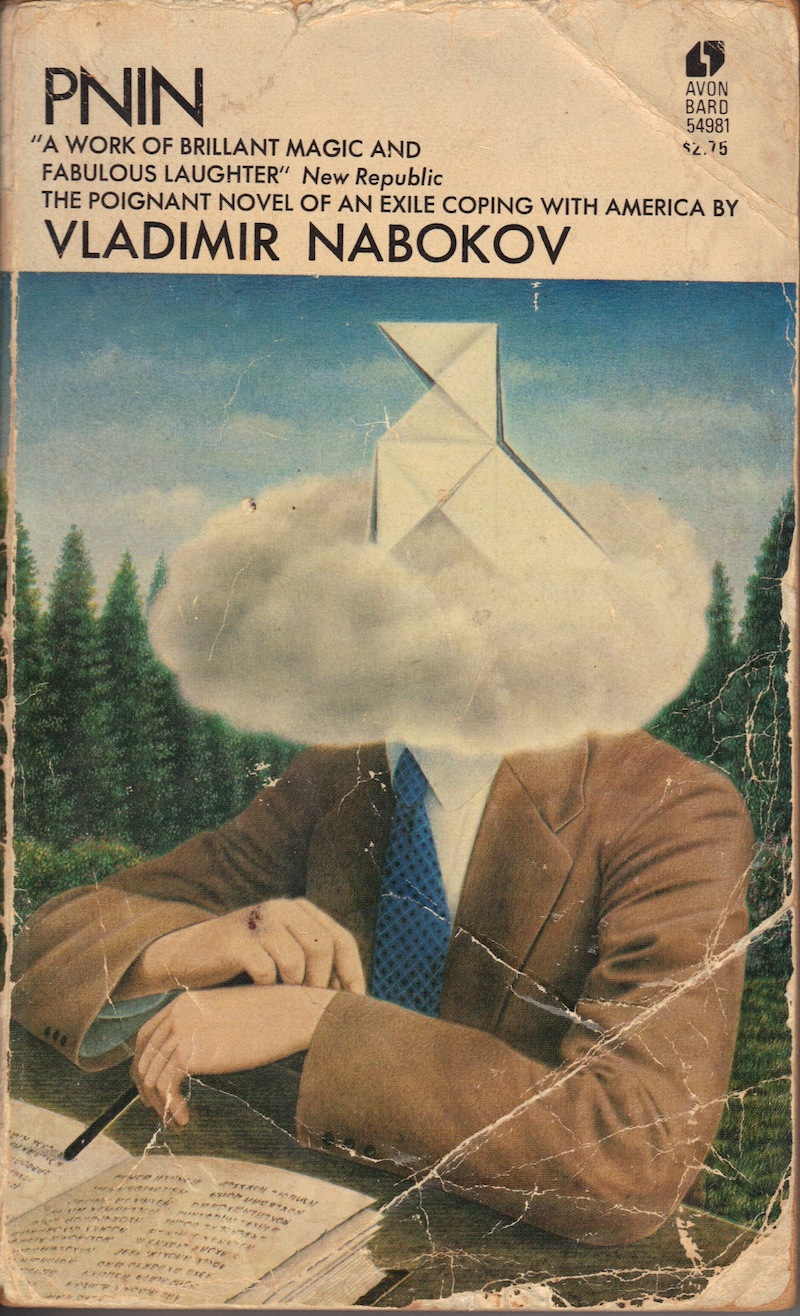 « What chatty Madam Shpolyanski mentioned had conjured up Mira’s image with unusual force. This was disturbing. Only in the detachment of an incurable complaint, in the sanity of near death, could one cope with this for a moment. In order to exist rationally, Pnin had taught himself, during the last ten years, never to remember Mira Belochkin — not because, in itself, the evocation of a youthful love affair, banal and brief, threatened his peace of mind (alas, recollections of his marriage to Liza were imperious enough to crowd out any former romance), but because, if one were quite sincere with oneself, no conscience, and hence no consciousness, could be expected to subsist in a world where such things as Mira’s death were possible. One had to forget — because one could not live with the thought that this graceful, fragile, tender young woman with those eyes, that smile, those gardens and snows in the background, had been brought in a cattle car to an extermination camp and killed by an injection of phenol into the heart, into the gentle heart one had heard beating under one’s lips in the dusk of the past. And since the exact form of her death had not been recorded, Mira kept dying a great number of deaths in one’s mind, and undergoing a great number of resurrections, only to die again and again, led away by a trained nurse, inoculated with filth, tetanus bacilli, broken glass, gassed in a sham shower bath with prussic acid, burned alive in a pit on a gasoline-soaked pile of beechwood. According to the investigator Pnin had happened to talk to in Washington, the only certain thing was that being too weak to work (though still smiling, still able to help other Jewish women), she was selected to die and was cremated only a few days after her arrival in Buchenwald, in the beautifully wooded Grosser Ettersberg, as the region is resoundingly called » (pp. 133–135).