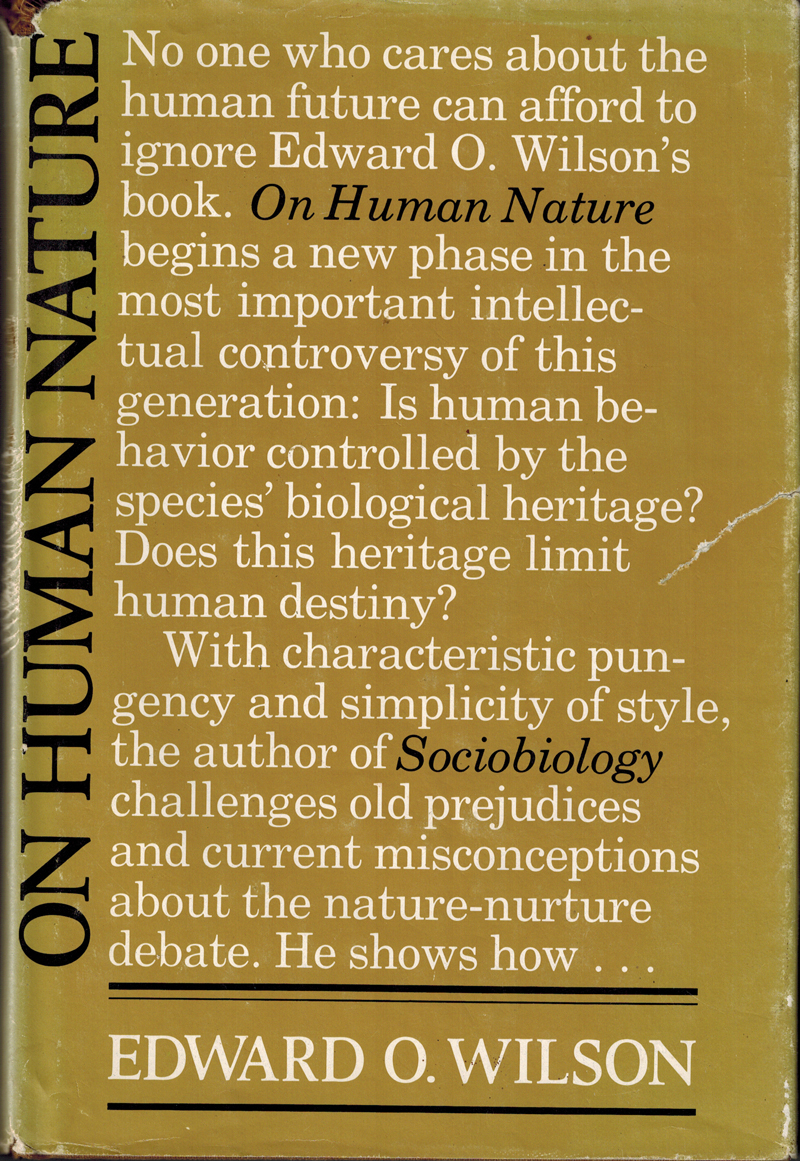 « There is, I wish to suggest, a strong possibility that homosexuality is normal in a biological sense, that it is a distinctive beneficent behavior that evolved as an important element of early human social organization. Homosexuals may be the genetic carriers of some of mankind’s rare altruistic impulses » (p. 143).

« The true Promethean spirit of science means to liberate man by giving him knowledge and some measure of dominion over the physical environment. But at another level, and in a new age, it also constructs the mythology of scientific materialism, guided by the corrective devices of the scientific method, addressed with precise and deliberately affective appeal to the deepest needs of human nature, and kept strong by the blind hopes that the journey on which we are now embarked will be farther and better than the one just completed » (p. 209).